Commonplace Question #2: Are The Poems Part of a Conversation? 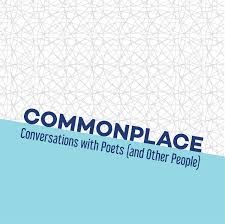 This question, from Commonplace episode #2, Rachel’s interview with Nick Flynn, brought me back to a conversation I had with a friend named Ellie when I was a graduate student at Stony Brook University. I don’t remember much about her except that she was from somewhere in the midwest and that our friendship had a strong intellectual component to it, though I can sort of see her in my mind’s eye. She was blond—I don’t recall the color of her eyes—and she had a kind face and a quick smile. Even though I was getting my degree in TESOL (Teaching English to Speakers of Other Languages), we bonded as fellow undergraduate English majors over our concern with the political work that literature does in a culture. Ellie was one of the first people to whom I showed the poems I was writing about whose opinion I cared quite a lot.

One day, we were sitting somewhere on campus, I don’t remember where, and she put on the table between us the sheaf of poems I’d given her to read the previous week. Everything I wrote, she told me, was addressed either implicitly or explicitly to a “you,” whom I either wanted to persuade of something or to whom I was trying to explain myself. The poems, she said, ended up sounding more like mini-essays, admittedly more sophisticated than the kinds of things she asked her students to write—she was a graduate TA in the English Department—but in the same vein nonetheless. She told me she usually agreed with what I had to say in my poems, but that they often failed to move her in any way.

Remembering this conversation with Ellie inspired me to dig out our correspondence from when I was teaching English in South Korea. In a letter I wrote to her on October 17, 1989, it is clear that this conversation about my work was one that stuck with me:

I agree with you about the relationship between my poetry and the prose I’ve been writing. The prose has freed me from the overt political agenda that often intruded on the poetry. I am far less worried about getting my point across in the poems than I was before. But [now] I find myself struggling with the apparent lack of politics in the poems—by which I mean that because they don’t really “say” anything how do I know they don’t [fall into the trap of cheap and easy universalization] and thereby vitiate the [significance] of the issues I deal with.

Reading those words now, I kind of wish I could go back and read again the poems I was referring to. As I explained in my post about Commonplace Question #1, however, I threw all those poems out when I realized that having them around was getting in the way of producing work that addressed the politics of my life—in the broadest possible understanding of that phrase—but that didn’t rely on being argumentative to do so, which is how I came to understand what Ellie was critiquing.

When I was learning to write persuasive essays, both in high school and as an undergraduate, and even when I was a graduate student beginning to teach others to write persuasively, the underlying pedagogical assumption was that, in order for students fully to engage the persuasive task, they needed to think of their goal in terms of getting their reader to agree with them. After I’d been teaching full time for a few years, though, I began to realize just how counterproductive this assumption is. Even leaving aside the question of how well my students write, the overwhelming majority of them are significantly younger than I am. The odds of their writing anything that would persuade me to agree with them if I didn’t already do so are pretty slim.

Even more to the point, in my experience anyway, encouraging them to aspire to that high a standard makes them feel like they have to try to write “at my level,” so to speak, and they end up spending more time and effort trying to sound like someone they think will persuade me than figuring out how to say what they want in a coherent and compelling manor. For this reason, I started a long time ago to teach my students that their goal as writers should be to persuade a reader to take them seriously, whether that reader ultimately agrees with them or not. The best way to do that, I tell them, is by being themselves, by saying what they mean in words that sound like who they are—with whatever appropriate and necessary adjustments for audience and context—because that’s how they will communicate not just the intellectual content of their ideas, but also the emotional logic that is the basis for their commitment to what those ideas entail.

To think of writing in this way is by definition to think of it as entering into a conversation, one that began before you got there and that will continue after you leave. It’s also to frame the conversation more as an exploration of ideas than a competition to see who wins. Not that some ideas shouldn’t win out over others, but it is very rare that any single piece of writing will accomplish that objective simply by virtue of its strength as a piece of discourse. That kind of victory happens over time and is inevitably the result of a cumulative effort, not only on the part of more than one writer, but also of people who take action in the world and who may never write a single word about it.

Poems, obviously, are not essays, though they do sometimes play with the essay as a form. Nonetheless, to write a poem is, no differently than the writing of an essay, to try to say something to someone, to be part of the conversation. Even if the poem ultimately embodies the failure of that attempt, even of the futility of that attempt is the subject of the poem, in its form and in its content, if the point of writing the poem is not to get a reader to take what you are trying to say seriously, then why bother writing it? The difference, I think—and this is the precise inverse of what I said about essays—is that what you want people to take seriously in a poem is first the emotional experience it is intended to explore and then the intellectual work that went into making that experience comprehensible to another person.

from “Pluralism and Its Discontents: The Case of Blacks and Jews,” by Cheryl Greenberg

Reading “The Veil and The Male Elite: A Feminist Interpretation of Women’s Rights in Islam,” by Fatima Mernissi
Latest posts Being A Woman Is Not A Punishment: What’s At Stake For Men In The Policing Of Women’s Bodies A Gratitude In Me That I Did Not Fully Appreciate At The Time Three Poems Of Mine That Should Never Have Become As Relevant As They Are Now Deciding whether something should be a poem or an essay An Essay That Took Me More Than Thirty Years To Write Has Been Published! A Provocation: Christianness (Not Christianity) Is To Jews And The People Of Other Non-Christian Religions As Whiteness Is To People Of Color from “The Necessity to Speak,” by Sam Hamill Reading Mark Nowak’s “Social Poetics:” Thinking About The First Tuesdays Cento and A ‘Flipped Script’ Poetry Reading My Year Long Writing Project What Writers Have Influenced Your Work? What I’ve Been Thinking About Ukraine When Did You Start Writing? My Pandemic Reading List Thirteen Thoughts About Palestine, Israel, and Antisemitism Craft Talk 3: Quincy Troupe’s Rhythm The Music I’d Like to Put Back Into My Life The Way Academia Is Supposed To Work Publication News: Three New Poems in Two Lovely Publications Medical Culture and Its Effects on Doctors and Patients Antisemitism Has Always Been a Part of My Life - 1 My Response to The Erasure of Antisemitism in Namrata Poddar’s Article in the Recent Issue of Poets & Writers Lines That Didn’t Make The Cut: Sometimes It’s Just a Big Mess from “The Lines That Antisemitism and Racism Draw” Reading “The Veil and The Male Elite: A Feminist Interpretation of Women’s Rights in Islam,” by Fatima Mernissi Commonplace Question #2: Are The Poems Part of a Conversation? from “Pluralism and Its Discontents: The Case of Blacks and Jews,” by Cheryl Greenberg from Male Lust from Male Lust Lines That Didn’t Make The Cut: Ruth’s Story Commonplace Question #1: How Did You Become a Poet? The Ethics of Bearing Witness in Poetry to Violence and Trauma