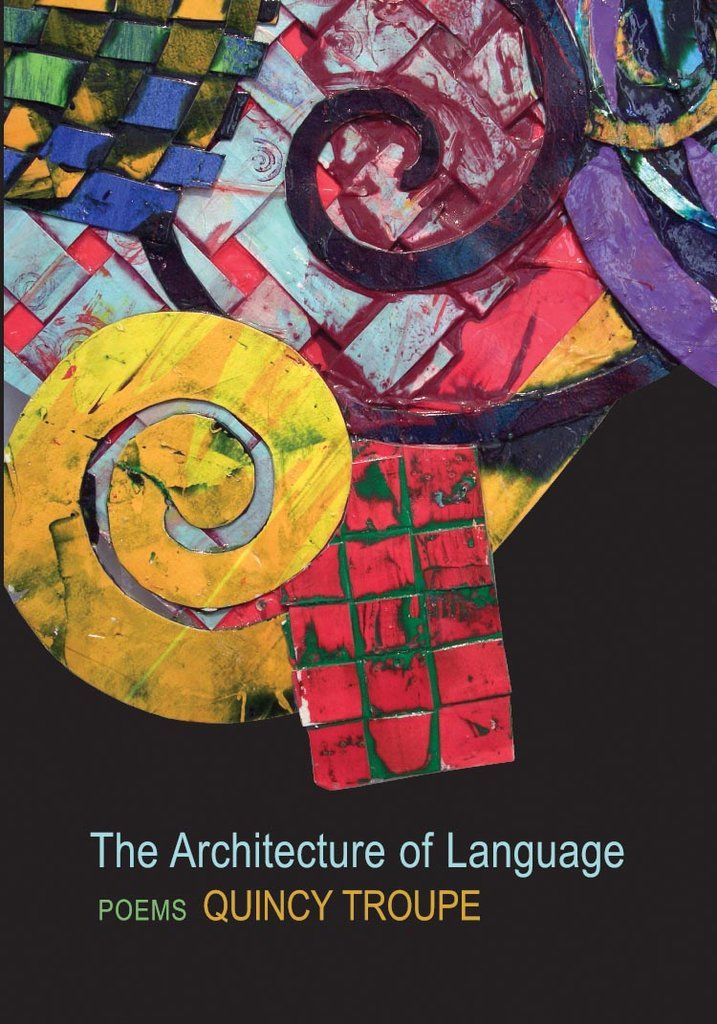 I’ve been reading The Architecture of Language, by Quincy Troupe, and I have been fascinated by how rhythm and syntax interact in the way he builds his lines. Structurally, the poems remind me of nothing so much as jazz improvisation, and I have thought often while reading this book of something Hayden Carruth wrote in an essay from 1981 called “Notes on Meter,” which you can find in Effluences from the Sacred Cave: Selected Essays & Reviews:

I always revert to Pound, and to his early suggestion that poets ‘compose in the sequence of the musical phrase.’ How simple. How brilliant. Which perhaps explains why no one has successfully elaborated it, as far as I know. It’s a pity because it means that Pound’s statement (more exactly his restatement of ancient principle) has turned into a catch-phrase—people speak it and repeat it without bothering to ask what it means. To most it conveys merely a license to compose any way they want—feelingly, liltingly, that’s the commonest meaning. But Pound was a fair musician…he knew what he was talking about when he spoke of the ‘sequence of the musical phrase.’ A measure in music, a bar, is a fixed quantity. If the time signature is 4/4, you have four beats to the measure…But within the fixed measure you may have any melodic or phrasal combination you wish, any distribution of accents, any number and variety of notes; you my emphasize the beat or you may syncopate it; you may play around; you may even substitute rests…Hence there is no question of tying the beat to an inflexible pattern of accentual or phrasal units, such as an endless succession of eighth notes.

This is a theme that Carruth returned to again and again in his writing on poetic form, the idea that for a poem to succeed as a poem, as a work of art, it needs to have been built around some identifiable sense of measure, some regular pattern—of beats, syllables, sounds, it doesn’t matter as long it’s something a reader/listener can hear—against which the poet can play with the phrasing of her or his language to create not just the interaction between sound and meaning, but also the play of pure sound that is where so much of the sensual pleasure of poetry lies.

To see what I can learn about how Troupe creates this pleasure for me—and his poems do that; I often find myself reading them aloud—I have opened up The Architecture of Language at random to “A Convention of Little Dogs.” Here are the first six lines:

Fundamentally what this very deliberately crafted sentence does is set the scene for the exploration that follows of the politics and power struggles at work within the convention of little dogs (who of course stand in for the “convention of little humans” that occupies the world), but what I’m really interested in here is how Troupe gets these lines to hang together rhythmically, so that they become more than a prose sentence chopped up into six more or less self-contained syntactic units. As I read them, the lines would scan as I indicate below. I have put the stressed syllables in bold face, and I have put in italics those syllables that might or might not be read as stressed:

I’m not claiming that my scansion is somehow authoritative and that there are no other possibilities. I can, for example, imagine someone stressing the in at the beginning of line 1 and not stressing the their in “pick their way” at the end of line 3; but what I have shown above illustrates what I hear when I read the lines. The first thing I notice is that the number of stresses per line fall into a regular pattern: 667667. I don’t know if that pattern holds over the course of the entire poem, but I’d be willing to bet that a more in-depth analysis would reveal that it sets the metrical framework around which every other line is built.

A closer examination of the six lines I’ve quoted reveals a rhythmic patterning that I think illustrates quite nicely what it means to “compose in the sequence of the musical phrase.” First some description: These aren’t the only patterns that one can find in these lines, of course, but they do seem to me the dominant ones, and I do not think you can explain their occurrence as mere accident. At the same, however, I do not think that Quincy Troupe said to himself as he was writing, “Aha! That’s a really nice place to put an antispast, and I think that’s the metrical foot I am going to use to create rhythmic interest in this part of my poem.” Rather, I am guessing that Troupe has worked long and hard to train his ear and his body to feel such things “naturally,” the way a pianists will practice scales over and over and over and over again until doing them feels almost as natural as breathing. I won’t presume to imagine the precise form that training took, but I’d wager it involved at some point listening very carefully to how jazz drummers build their solos.

I don’t really have much more to say about this right now. To go more deeply into a prosodic analysis of the poem would take time I don’t have, as would trying to say anything substantive about the interaction between form and meaning in The Architecture of Language—an essay which deserves to be written. For now, I am glad to have sat for these 1500 words or so at the feet of someone from whose craft I feel like I have something to learn. 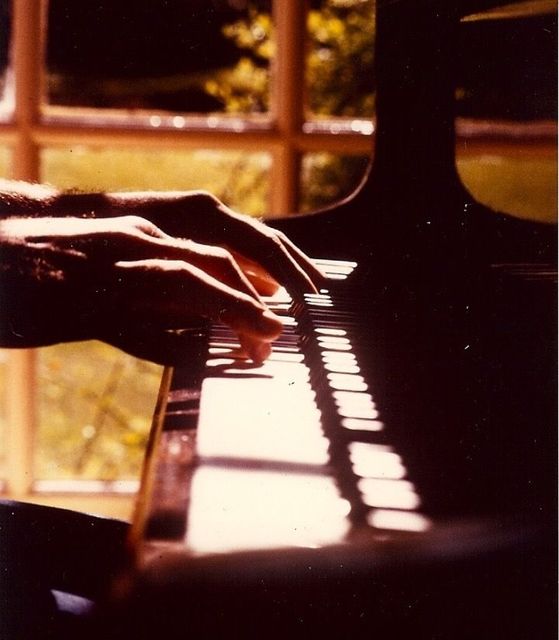 Thirteen Thoughts About Palestine, Israel, and Antisemitism
Latest posts Being A Woman Is Not A Punishment: What’s At Stake For Men In The Policing Of Women’s Bodies A Gratitude In Me That I Did Not Fully Appreciate At The Time Three Poems Of Mine That Should Never Have Become As Relevant As They Are Now Deciding whether something should be a poem or an essay An Essay That Took Me More Than Thirty Years To Write Has Been Published! A Provocation: Christianness (Not Christianity) Is To Jews And The People Of Other Non-Christian Religions As Whiteness Is To People Of Color from “The Necessity to Speak,” by Sam Hamill Reading Mark Nowak’s “Social Poetics:” Thinking About The First Tuesdays Cento and A ‘Flipped Script’ Poetry Reading My Year Long Writing Project What Writers Have Influenced Your Work? What I’ve Been Thinking About Ukraine When Did You Start Writing? My Pandemic Reading List Thirteen Thoughts About Palestine, Israel, and Antisemitism Craft Talk 3: Quincy Troupe’s Rhythm The Music I’d Like to Put Back Into My Life The Way Academia Is Supposed To Work Publication News: Three New Poems in Two Lovely Publications Medical Culture and Its Effects on Doctors and Patients Antisemitism Has Always Been a Part of My Life - 1 My Response to The Erasure of Antisemitism in Namrata Poddar’s Article in the Recent Issue of Poets & Writers Lines That Didn’t Make The Cut: Sometimes It’s Just a Big Mess from “The Lines That Antisemitism and Racism Draw” Reading “The Veil and The Male Elite: A Feminist Interpretation of Women’s Rights in Islam,” by Fatima Mernissi Commonplace Question #2: Are The Poems Part of a Conversation? from “Pluralism and Its Discontents: The Case of Blacks and Jews,” by Cheryl Greenberg from Male Lust from Male Lust Lines That Didn’t Make The Cut: Ruth’s Story Commonplace Question #1: How Did You Become a Poet? The Ethics of Bearing Witness in Poetry to Violence and Trauma