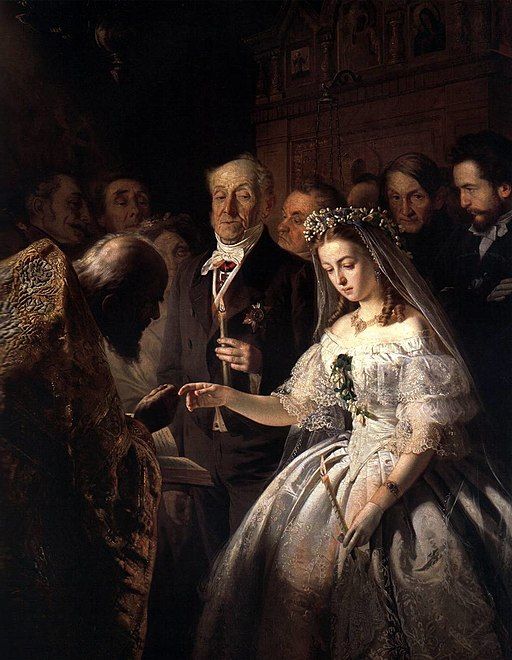 It’s been a long time since I’ve read Adrienne Rich’s essay, “Compulsory Heterosexuality and Lesbian Existence,” but I’ve been thinking about it a lot because of a conversation I had recently with a South Asian. Her parents are trying desperately to marry her off. She came to my office yesterday and I ended up talking to her for more than an hour, missing the class I was supposed to be teaching, because she started using expressions like maybe I should just end it all when talking about her anger and frustration and rage at feeling so utterly helpless in her situation. When I asked her what she meant, she said she was thinking of just surrendering to her parents and doing what they want her to do, that maybe marriage–any marriage, to any man–was really the only way she would ever get out from under her parents’, but mostly her father’s, rule. Still, Maybe I should just end it all sounded ominous. I thought it better to keep her talking than to leave her to go teach my class.

I don’t want to reveal too many details of her life, for obvious reasons, but I learned a lot about her as we talked. She is the youngest child in her family and so finding a suitable husband is an important goal for her parents. Once they do so, they will have fulfilled one of their primary obligations as parents to their daughters and, in fact, my student is not entirely opposed to the idea of marrying a man her parents find for her. She just wants him to be someone she feels compatible with, someone in whom she can find something that attracts her; but while the men they bring for her to meet are well established and could take good care of her, in the way that “good care” is defined in her culture, they have all been, she says, not only boring, but really, really (to her taste) ugly. What she wants is the freedom to choose her own husband. She’s pretty clear that her first choice would be a man from the same culture and religion–though she’s not opposed to marrying outside the first group–and she wants him to have at least a little bit of the Americanized identity that she has.

She’s dated men from her background, she told me, men who were either born here or who came here when they were young enough that they are pretty thoroughly Americanized, but her experience has not been good. She met a guy whom she thought fit the bill, but as soon as they started going out, he started checking her Blackberry to see whom she was calling and who was calling her. That level of jealousy and surveillance was not just a non-starter in and of itself; it reminded her too much of her father, who, though he’s threatened to do so, hasn’t yet gone quite that far.

Adding to the agony of her situation is how isolated she feels. I am the only person, according to her, to whom she has told her entire story, including the married boss she used to respect, but who, after she told him, started making passes at her. She surprised herself by telling me, she said. She doesn’t have a whole lot of trust in Americans’ ability to comprehend much less empathize with her situation, having been burned a couple of times when she tried to talk to her friends, some of whom actually blamed her for not running away, as if leaving one’s family, especially a family that might disown you for doing so, would ever be a simple thing. On top of that is the fact that telling anyone about her family’s private life violates a very strong cultural taboo that interprets such revelation as one of the worst kinds of disloyalty both because it sullies the family’s honor and reputation in the community and exposes the family to whatever use its enemies (in a social, not a military sense) might make of the information.

One of the reasons she trusts me is that I know something about Islam and about the kind of culture she comes from. (My wife’s culture is similar.) So she is not worried that I will think she is weird or weak or “bringing it all on herself”–each of which is a reaction she has gotten from other “outsiders” she has tried to tell. And yet, of course, what she needs to do is talk to other people, to know that I am not unique in this respect; and especially what she needs is to find a community of women from whom she can draw strength, who will help her to feel less alone in a way that I simply cannot do, because of both my gender and my age. (I am old enough to be her father.) So I have encouraged her, and I will encourage her again, to register for a women’s studies course; I have given her contact information for South Asian women’s organizations (and I know she has called at least one of them); I have told her about the student women’s group on campus; and I have, of course, told her she is welcome to keep coming to talk to me, but there really isn’t much else that I can (or should) do.

One of the themes she kept weaving through our conversation was that, if she chose to run away, she would do so in a manner that would leave her parents thinking she was dead. This way, they would be able to mourn her and move on and not have to live with the constant worry they would feel, coupled with the shame of having had a daughter they could not control. It didn’t matter how many times I gently suggested that there might be other ways of leaving that would at least leave open an avenue of return or a channel of communication–that other women in her situation have done it–she kept coming back to the idea that it was better for her parents to think she was dead than to have live with the knowledge and the shame that she was off somewhere, not properly married, living who knew what kind of decadent and depraved American life and so completely lost to them even if she were to show up right then on their doorstep.

At some point, we had said to each other everything that could be said under the circumstances. I made sure she knew where the counseling center was and that she had their number; I told her again that she could come talk to me anytime she wanted; she thanked me for listening and she left. Once she was gone, all I could think was that I had just witnessed a prime example of compulsory heterosexuality at work, and it really, really, really sucked.

Up next I Miss The Muppets! Anatomy of a Book Cover
Latest posts Being A Woman Is Not A Punishment: What’s At Stake For Men In The Policing Of Women’s Bodies A Gratitude In Me That I Did Not Fully Appreciate At The Time Three Poems Of Mine That Should Never Have Become As Relevant As They Are Now Deciding whether something should be a poem or an essay An Essay That Took Me More Than Thirty Years To Write Has Been Published! A Provocation: Christianness (Not Christianity) Is To Jews And The People Of Other Non-Christian Religions As Whiteness Is To People Of Color from “The Necessity to Speak,” by Sam Hamill Reading Mark Nowak’s “Social Poetics:” Thinking About The First Tuesdays Cento and A ‘Flipped Script’ Poetry Reading My Year Long Writing Project What Writers Have Influenced Your Work? What I’ve Been Thinking About Ukraine When Did You Start Writing? My Pandemic Reading List Thirteen Thoughts About Palestine, Israel, and Antisemitism Craft Talk 3: Quincy Troupe’s Rhythm The Music I’d Like to Put Back Into My Life The Way Academia Is Supposed To Work Publication News: Three New Poems in Two Lovely Publications Medical Culture and Its Effects on Doctors and Patients Antisemitism Has Always Been a Part of My Life - 1 My Response to The Erasure of Antisemitism in Namrata Poddar’s Article in the Recent Issue of Poets & Writers Lines That Didn’t Make The Cut: Sometimes It’s Just a Big Mess from “The Lines That Antisemitism and Racism Draw” Reading “The Veil and The Male Elite: A Feminist Interpretation of Women’s Rights in Islam,” by Fatima Mernissi Commonplace Question #2: Are The Poems Part of a Conversation? from “Pluralism and Its Discontents: The Case of Blacks and Jews,” by Cheryl Greenberg from Male Lust from Male Lust Lines That Didn’t Make The Cut: Ruth’s Story Commonplace Question #1: How Did You Become a Poet? The Ethics of Bearing Witness in Poetry to Violence and Trauma