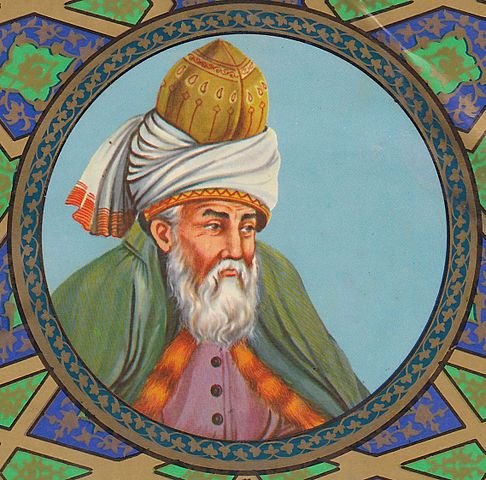 Written by Rozina Ali, the article is called “The Erasure of Islam from the Poetry of Rumi,” and it says something that Iranians I know have been saying for a very long time—something that I learned from them, in fact. It just hasn’t ever been said, at least not to my knowledge, in a mainstream publication with the kind of intellectual, cultural, and literary weight of The New Yorker. Basically, the idea is this: if you’re reading Rumi in English, and you are reading the versions produced by Coleman Barks, then the Rumi you know has been denuded of his 13th century Persian culture and transformed from a traditionally observant, well-respected Muslim scholar and cleric into a generic, easily digestible, and at times platitudinous New Age mystic.

To be fair, neither Ali nor the people she interviewed for her article say it quite as strongly as I just did, so I will admit that some of the bite in my description comes from my own dislike for Barks’ verse. The larger point, however, still stands: If you’re reading Rumi in English, and you’re reading the versions produced by Coleman Barks (or Daniel Ladinsky, or, for goodness’ sake, Deepak Chopra), then the Rumi you know is not the devout Muslim Rumi in fact was. Further, and perhaps more to the point, the Islam in which Rumi’s wisdom is ineluctably and inescapably rooted has been completely hidden from your view. This erasure, Ali argues, especially now, has some very serious implications.

Ali begins her article by talking about the famous people—Madonna being perhaps best known among them—who claim their lives have been transformed by Rumi’s work. Multiply their number, Ali asserts, by the many tens, if not hundreds of thousands for whom Rumi has come to represent the essence of spiritual enlightenment—a mystic whose teachings welcome anyone, of whichever persuasion, onto the path towards God, or whatever it is they call the ultimate Truth they are trying to reach—and you end up with a very large group of people who do not understand that the openness they so value in Rumi would not have been possible for him without Islam. More to the point, Ali goes on, given both that elision and the demonization of Islam that is so pervasive in our society right now, people could be forgiven for thinking that the teachings of this English-language Rumi are diametrically opposed to the teachings of Islam, rather than being a significant thread within them.

This demonization of Islam, it’s important to recognize, did not begin in response to the terrorist attacks of September 11; nor is it merely an unfortunate but unsurprising response to the barbarous excesses of ISIS or other similar groups. For her article, Ali interviewed Omid Safi, professor of Middle Eastern and Islamic Studies at Duke University, who points out that Western readers began to separate the mystical poetry of Islam from Islam itself during the Victorian period. “Translators and theologians of the time,” Ali is paraphrasing Safi here, “could not reconcile their ideas about a ‘desert religion,’ with its unusual moral and legal codes, and the work of poets like Rumi and Hafez.” The only explanation these Western “experts” could come up with was that the poets, and these are Safi’s words, were “mystical not because of Islam but in spite of it”—which is essentially what Coleman Barks has to say about Rumi. “Religion,” Ali quotes Barks as saying, “is such a point of contention for the world. I got my truth and you got your truth—this is just absurd. We’re all in this together and I’m trying to open my heart, and Rumi’s poetry helps with that.”

According to Barks, in other words, Rumi’s truths, his wisdom, his openness, do not emerge from Islam, are not the product of the life Rumi lived through Islam. Rather, they exist, or—in the hands of someone like Barks—can be made to exist, in a realm outside of religion. Fro me, this is where what I think of as “platitudinous American Rumi” comes from. Ali gives a good example of this when she quotes one of Barks’ most famous couplets:

Out beyond ideas of rightdoing and wrongdoing, there is a field.
I will meet you there._

As an idea, “ideas of rightdoing and wrongdoing” is so vague as to be meaningless, so all-inclusive as to be useless as a guide to anything. One might argue that this is precisely the point, that anyone can find themselves anywhere in that phrase, but so what? Follow that idea to its logical conclusion and you end up in a situation where, at least potentially, there is no common ground. After all, if anyone can find themselves anywhere among “ideas of rightdoing and wrongdoing,” who’s to say that the field beyond them is the same for each of us?

Look at Rumi’s original language, even in translation, and you can see very clearly what Barks leaves out and how that omission impoverishes the verse. As Ali indicates in her article, Rumi says nothing about “rightdoing” and “wrongdoing.” Instead he talks about iman (religion) and kufr (infidelity), a very different and far more complex (and, to me at least, more interesting) opposition than right and wrong, one that would require a good deal of disciplined religious learning, as well as deeply experienced religious/spiritual feeling, fully to understand.

This doesn’t mean, of course, that you have to be a Muslim, or a religious person of any sort, to study, appreciate, learn from, grow from, or be completely transformed by Rumi’s work. Rather, it is to suggest that taking Rumi’s work seriously, perhaps especially if you’re going to presume to make translations of it, means being responsible and accountable enough to take seriously both who Rumi actually was and the historical and cultural context within which he lived. For me, one of the more telling ironies in Ali’s article comes when she asks Coleman Barks why, after removing Islamic references from his versions of Rumi, and despite his feelings about how the absurdity of religion gets in the way of Rumi’s message, he nonetheless chose to keep Christian and biblical references, such as those to Jesus and Joseph. In response, Barks tells her that he “can’t recall” if he made a deliberate choice not to mention Islam in his translations. Yet that deliberate choice is precisely what he made. He said so himself in his introduction to The Essential Rumi: “I obviously am not trying to place Rumi in his thirteenth century locus. That is fine work, and I am grateful for those who do it. My more grandiose project is to free his text into its essence.” Since placing Rumi in that “13th century locus” would by definition have required Barks to include the Islam that was part of Rumi’s daily life, choosing to ignore the historical Rumi was precisely “a deliberate choice to remove Islamic references.”

Omid Safi names the politics at work here. “I see,” Ali quotes Safi as saying, “a type of ‘spiritual colonialism’ at work here: bypassing, erasing, and occupying a spiritual landscape that has been lived and breathed and internalized by Muslims from Bosnia and Istanbul to Konya and Iran to Central and South Asia.” While Safi is absolutely spot on, I’m not suggesting that people who like Barks’ versions of Rumi, who have been transformed by them, should now reject them. What I do think is that they, that we, have a responsibility not to indulge and perpetuate the spiritual colonialism Safi describes. As I suggested above and as Ali argues in her article, it’s not just literary culture that’s at stake here, but also how we as a society understand and value Islam and the many Muslims who live among us.

One way of taking this responsibility is to go beyond Barks and seek out translations of Rumi that commit themselves to the original work and to a historically accurate understanding of the person who wrote it and the times in which he lived. Here are a couple of suggestions:

Finally, I would again urge you to read Rozina Ali’s article. 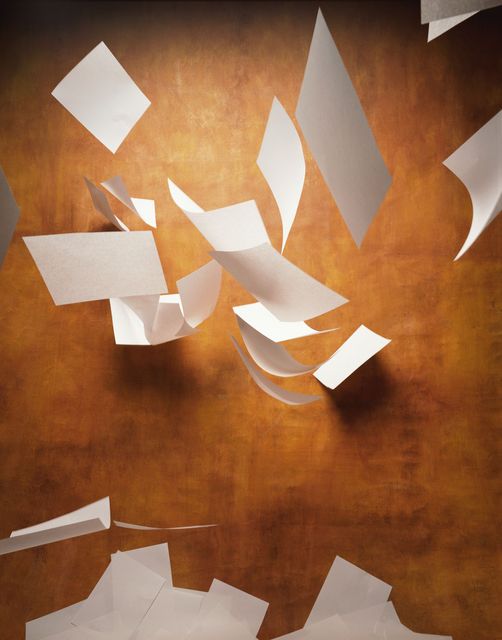 The Ethics of Bearing Witness in Poetry to Violence and Trauma
Latest posts Being A Woman Is Not A Punishment: What’s At Stake For Men In The Policing Of Women’s Bodies A Gratitude In Me That I Did Not Fully Appreciate At The Time Three Poems Of Mine That Should Never Have Become As Relevant As They Are Now Deciding whether something should be a poem or an essay An Essay That Took Me More Than Thirty Years To Write Has Been Published! A Provocation: Christianness (Not Christianity) Is To Jews And The People Of Other Non-Christian Religions As Whiteness Is To People Of Color from “The Necessity to Speak,” by Sam Hamill Reading Mark Nowak’s “Social Poetics:” Thinking About The First Tuesdays Cento and A ‘Flipped Script’ Poetry Reading My Year Long Writing Project What Writers Have Influenced Your Work? What I’ve Been Thinking About Ukraine When Did You Start Writing? My Pandemic Reading List Thirteen Thoughts About Palestine, Israel, and Antisemitism Craft Talk 3: Quincy Troupe’s Rhythm The Music I’d Like to Put Back Into My Life The Way Academia Is Supposed To Work Publication News: Three New Poems in Two Lovely Publications Medical Culture and Its Effects on Doctors and Patients Antisemitism Has Always Been a Part of My Life - 1 My Response to The Erasure of Antisemitism in Namrata Poddar’s Article in the Recent Issue of Poets & Writers Lines That Didn’t Make The Cut: Sometimes It’s Just a Big Mess from “The Lines That Antisemitism and Racism Draw” Reading “The Veil and The Male Elite: A Feminist Interpretation of Women’s Rights in Islam,” by Fatima Mernissi Commonplace Question #2: Are The Poems Part of a Conversation? from “Pluralism and Its Discontents: The Case of Blacks and Jews,” by Cheryl Greenberg from Male Lust from Male Lust Lines That Didn’t Make The Cut: Ruth’s Story Commonplace Question #1: How Did You Become a Poet? The Ethics of Bearing Witness in Poetry to Violence and Trauma