The Ethics of Bearing Witness in Poetry to Violence and Trauma The issues raised when one chooses to make literary art out of trauma are complex. Over at the Ploughshares blog, for example, Tracy Strauss has a series well worth reading called Writing Trauma: Notes of Transcendence. On October 15th, 2017 at the Western Maryland Independent Literary Conference in Frostburg, MD, I had a chance to offer some remarks on the topic as part of a panel called “After Violence: The Poetics of Trauma and Resistance.” I’d like to share them with you here. (I also urge you to check out the three wonderful poets who were on the panel with me, Margot Taft Sever, Ellen Kombiyil, and Susana H. Case.)

Thirty or so years ago, when I was a graduate student at Syracuse University, a common topic of discussion among poets was what it meant to write “political poetry.” Hayden Carruth, one of my teachers, using the word relevant instead of political, wrote in an essay that “poets are failing more and more in the substance of their work. I mean they do not write relevant poems….I’ve ‘taught’ three poetry workshops [since becoming a professor late in my life and] not one student has turned in a poem that deals either directly or indirectly with the impending end of the world…in nuclear war.” (“A Few Thought Following Professor Clausen’s Essay,” in Effluences from the Sacred Cave,pg. 154)

Carruth’s assertion that poets ought to be writing “relevant” poetry, and his implication that we are responsible and accountable when we don’t, resonated with me. Not two years earlier, at Stony Brook University, in the very first poetry workshop I ever took, June Jordan had said much the same thing, though in very different terms. “You write,” she once told me in her office, “because you have something to say, and you write poetry because you want the person you’re saying it to to be changed by what they hear. The change might be big or small, something of which they are conscious or completely unaware, but if that change isn’t what you’re after, why bother turning what you want to say into a poem? You could summarize it for them much more easily.”

The thing that I have to say, that motivates me to write “relevant poetry,” emerges from my experience as a survivor of childhood sexual violence and how being a survivor has shaped the way I choose to live in the world. To put it in different terms, my poems explore what that experience feels like, and here’s the paradox: While sexual violence is anything but beautiful, a poem is, by definition, a beautiful thing made of words. To make a poem that somehow contains sexual violence, then, will inevitably be to falsify, or at least misrepresent, not only the violence itself, but also the victim’s experience of it, by turning it into something it is not: beautiful.

When I say beautiful, of course, I am not talking about loveliness, the simple, straightforward beauty of surfaces, but rather about the beauty that puts us in touch with the full depth of what it means to be human, that does not force us to choose between loveliness and ugliness, or between the impulses towards compassion and dehumanization, but allows us to experience them as they always already exist within us, and in the world around us.

That state of simultaneity is, in large measure, where the misrepresentation I am talking about lies, because there is nothing simultaneous about being violated, or about the shame that follows it, or about the fact of survival, or about not surviving.

To write what Carruth called relevant poems, then—whatever the subject of relevance may be—is to take responsibility for this misrepresentation, and to hold ourselves accountable to our readers for the fact that we do it. It’s what makes writing that kind of poetry the difficult and necessary undertaking that it is.

I’m going to read a poem of mine that I think illustrates what I’m talking about here. It’s called “Because I Can’t Not Know What He Saw,” and it appears in my book, Words For What Those Men Have Done. The subtitle refers to the fact that one detail in the poem, the sword, diverges from what the actual photograph depicts, though I did not realize I had misremembered the image until I went back to check the page on which the image appears. I chose not to “correct” the poem because, at least for those who might choose to see the picture for themselves, I wanted the act of misremembering to be part of what the poem is about.

Because I Can’t Not Know What He Saw

—remembering a photograph from Iris Chang’s The Rape of Nanking

This month, Harper’s “Readings” brings
from the people of Boro in eastern India
a list of verbs impossible in English:
khonsay, to pick an object up with care;
dasa, not to place a fishing instrument;
asusu, to feel unknown in a new place.
Some sound like Yiddish curses:
“You should ur,” dig soil like a swine,
or “May your children gobray,”
fall in a well unknowingly.

I want that kind of verb
for the way whoever-it-was
pulled the woman’s robe
up over her head,

for how the men
the man who did this to her
forced to watch—brother,
father, husband, son,
neighbor—for how each of them
invades my sleep;

and for the way I felt
when I first saw it,
what I feel now
remembering it,
the way I kept taking Iris Chang’s
The Rape of Nanking off the shelf
and crouching in the corner
of Borders’ lower level
to stare, and to stare—
for that too I want a verb;

and I want a verb as well,
and it’s not rape,
though certainly he raped her,
for the sword hilt rising
from between her parted thighs,
and for the way I hate myself
for hoping she was already dead
when he buried his blade in her. 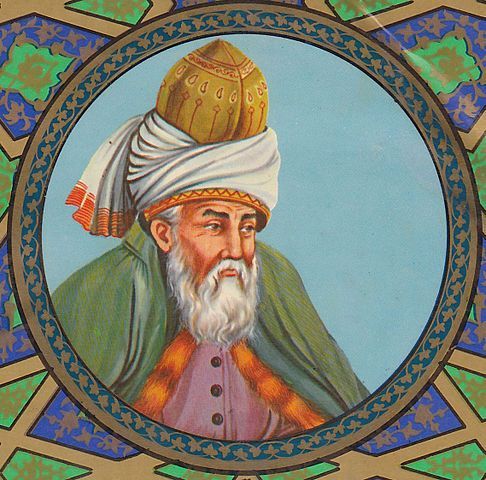 Commonplace Question #1: How Did You Become a Poet?
Latest posts from Male Lust Lines That Didn’t Make The Cut: Ruth’s Story Commonplace Question #1: How Did You Become a Poet? The Ethics of Bearing Witness in Poetry to Violence and Trauma If You Read Rumi in English, Read This New Yorker Article Lines That Didn’t Make the Cut: Remembering Claudia from God’s Phallus, by Howard Eilberg-Schwartz “Stand By Me” in Persian and English Craft Talk 2: Packing Lines with Sound & Meaning - Rosa Alice Branco, translated by Alexis Levitin from “The Necessity to Speak,” by Sam Hamill I Just Learned About the Equal Justice Initiative - If You Don’t Know About It, You Should Craft Talk 1: Quincy Troupe’s Rhythm Reading Mark Nowak’s “Social Poetics:” Thinking About The First Tuesdays Cento and A ‘Flipped Script’ Poetry Reading My Year Long Writing Project “My Companion’s Scent Seeped Into Me” - National Sa’di Day Prepping For Fall 2018: The Poetry Workshop Rachelle Escamilla’s Interview with Me On “Out of Our Minds” on KKUP Cupertino | San Jose Some Thoughts About Harvey Weinstein and What He Represents Trying to Write After Charlottesville “Between the 1930s and the year 2000…only 32 novels were translated from Arabic into Hebrew.” Anatomy of a Book Cover Compulsory Heterosexuality at Work I Miss The Muppets! I Know I’ve Had Orgasms That Changed Me A Great Video on Racism by Maz Jobrani Concerto for Two Men, by Ella Ben-Aharon A Video of the Book Launch for “Veils, Halos & Shackles”